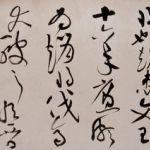 Explore China&rsquo;s imperial period, with a focus on the Song dynasty and the role of the exam system in government.
Video Beginner
UPVOTE 0
SAVE THIS COURSE
Course Website
www.edx.org
Share this page
Other courses you might like

Fundamental changes in government, the economy, and broader society took place between the 8th and 11th centuries in China. The state aristocracy gave way to new literati elite: educated men who sought to enter government through competitive examinations. A new kind of Confucianism also took shape, which prized the moral autonomy of individuals. With this, the later imperial period of China’s history begins.

From our series on Chinese history and culture, this course focuses on the changes brought by the Tang-Song transition, including the reconfiguration of power, urbanization, Neo-Confucianism, and the shared values as expressed in the state examination system.

Join us to learn how a shifting social and political elite ultimately brings unity to China, ushering in an age of global empire.