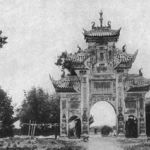 Creating Modern China: The Republican Period to the Present

Explore the birth of modern China with a focus on the time between the fall of the Qing and the end of World War II.
Video Beginner
UPVOTE 0
SAVE THIS COURSE
Course Website
www.edx.org
Share this page
Other courses you might like

What does it mean to be modern? What constitutes modern politics, modern institutions, a modern military, and modern infrastructure? In this period of great excitement and experimentation, the country is asking itself: How do you become modern and remain true to the Chinese national identity?

This course will explore enduring issues around Chinese modernity, with a focus on the creation of the modern Chinese state during the Republican era. You’ll learn about China’s war against Japan, about long-term patterns in U.S.-China relations, and about the role of individual leaders against the backdrop of historical circumstance.

Ultimately, you’ll learn different ways to study and understand history. We explore this period thematically rather than chronologically, providing you with a better understanding of how political context influences the interpretation of history.