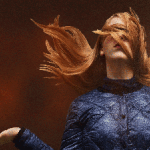 An exploration of the magnetic and ambivalent character of Shylock in William Shakespeare’s <em>The Merchant of Venice.</em>
Video Beginner
UPVOTE 0
SAVE THIS COURSE
Course Website
www.edx.org
Share this page
Other courses you might like

Harvard professor Stephen Greenblatt (John Cogan University Professor of the Humanities) guides learners through an exploration of Shakespeare’s unforgettable character Shylock in The Merchant of Venice and his historical origins.

In the first act of William Shakespeare’s The Merchant of Venice, the Jewish moneylender Shylock proposes a “merry sport” to the merchant Antonio: he will lend Antonio the money he needs if Antonio agrees to let Shylock take a pound of his flesh should he default. Shylock calls this contract a “merry bond,” and Shakespeare’s First Folio calls the play a comedy. But what does Shylock want from the bond, and how merry does the play ultimately prove?

This course introduces learners to Jewish history both in Venice and in England, to the ways in which Shakespeare’s own audience might have responded to the play and its genre, and to the history of the play’s production through the twenty-first century.

Learners will also be invited to share their own theatrical interpretations of The Merchant of Venice and to ask how the meaning of a work of art may change in different times, contexts, and cultures.

_Honor Code - HarvardX requires individuals who enroll in its courses on edX to abide by the terms of the edX honor code. HarvardX will take appropriate corrective action in response to violations of the edX honor code, which may include dismissal from the HarvardX course; revocation of any certificates received for the HarvardX course; or other remedies as circumstances warrant. No refunds will be issued in the case of corrective action for such violations. Enrollees who are taking HarvardX courses as part of another program will also be governed by the academic policies of those programs. _

_Nondiscrimination/Anti-Harassment - Harvard University and HarvardX are committed to maintaining a safe and healthy educational and work environment in which no member of the community is excluded from participation in, denied the benefits of, or subjected to discrimination or harassment in our program. All members of the HarvardX community are expected to abide by Harvard policies on nondiscrimination, including sexual harassment, and the edX Terms of Service. If you have any questions or concerns, please contact [email protected] and/or report your experience through the edX contact form. _

Research Statement - HarvardX pursues the science of learning. By registering as an online learner in an HX course, you will also participate in research about learning. Read our research statement to learn more.

Pricing:
Free
Level:
Beginner
Duration:
3 weeks, 3h-5h/week
Educator:
Stephen Greenblatt
Organization:
Harvard University
Submitted by:
Coursearena
Reviews
Would you recomment this course to a friend?
Discussion
There are no comments yet. Please sign in to start the discussion.
Other courses you might like