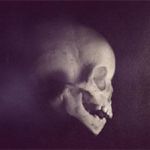 An exploration of the haunting figure at the heart of one of William Shakespeare’s most famous plays.
Video Beginner
UPVOTE 2
SAVE THIS COURSE
Course Website
www.edx.org
Share this page
Gallery
Description

In the first act of William Shakespeare’s Hamlet, the Ghost of the dead King of Denmark appears to his son, setting off a chain of events that culminates in the play’s notoriously bloody finale. But how would this mysterious figure have been understood in Shakespeare’s world?

Harvard professor Stephen Greenblatt (John Cogan University Professor of the Humanities) guides learners through an exploration of the Ghost in Hamlet, considering both its uncanny theatrical power and the historical contexts from which it emerged. Learners will be introduced to the narrative sources of Hamlet, the religious convictions that shaped how people in Renaissance England understood the afterlife, and the ways that Shakespeare’s Ghost would have thrilled and challenged its original audience. Learners will also be invited to share their own theatrical interpretations of Hamlet and to consider how the themes of death, mourning, and memory shape Shakespeare’s play as well as their own lives.

_Honor Code - HarvardX requires individuals who enroll in its courses on edX to abide by the terms of the edX honor code. HarvardX will take appropriate corrective action in response to violations of the edX honor code, which may include dismissal from the HarvardX course; revocation of any certificates received for the HarvardX course; or other remedies as circumstances warrant. No refunds will be issued in the case of corrective action for such violations. Enrollees who are taking HarvardX courses as part of another program will also be governed by the academic policies of those programs. _

_Nondiscrimination/Anti-Harassment - Harvard University and HarvardX are committed to maintaining a safe and healthy educational and work environment in which no member of the community is excluded from participation in, denied the benefits of, or subjected to discrimination or harassment in our program. All members of the HarvardX community are expected to abide by Harvard policies on nondiscrimination, including sexual harassment, and the edX Terms of Service. If you have any questions or concerns, please contact [email protected] and/or report your experience through the edX contact form. _

Research Statement - HarvardX pursues the science of learning. By registering as an online learner in an HX course, you will also participate in research about learning. Read our research statement to learn more.

Gemlet
What did you like about this course?
It is fresh, the information is not trivial, it flits between reading, listening and high quality videos, and it is STephen Greenblatt - what is not to like?
General comment
Really, really really good
Discussion
There are no comments yet. Please sign in to start the discussion.