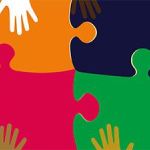 Could a cooperative market economy, in which firms are owned and controlled by their workers, be a viable and efficient alternative to capitalism?
Video Beginner
UPVOTE 0
SAVE THIS COURSE
Course Website
www.edx.org
Share this page
Other courses you might like

What would happen if workers ran their own businesses? Would worker-managed firms make the same decisions as their capitalist counterparts? Could such an economy be efficient? What policies could be deployed to promote a cooperative sector?

We will also discuss the simple economic theory of the labour-managed firm. Cooperatives have many attractive features, including high productivity. But they account for a relatively small proportion of GDP in most economies. We analyse possible reasons for this apparent paradox. There is widespread interest around the world in cooperatives as an alternative to the capitalist corporation, particularly since the financial crash of 2008. Economics and other social sciences sharpen the debate on cooperatives. After taking this course, you will be better prepared to participate in public discussion on cooperatives, join a cooperative, or even start a new one.

This course was created in collaboration with the following institutions:

Pricing:
Free
Level:
Beginner
Duration:
6 weeks, 2h-3h/week
Educator:
Donald A. R. George
Organization:
The University of Edinburgh
Submitted by:
Coursearena
Reviews
Would you recomment this course to a friend?
Discussion
There are no comments yet. Please sign in to start the discussion.
Other courses you might like

Strategy and the Sustainable Enterprise
0
0
Video