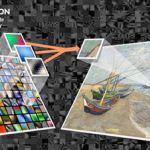 Sparse Representations in Image Processing: From Theory to Practice
0
0
Video

This course introduces the fundamentals of the field of sparse representations, starting with its theoretical concepts, and systematically presenting its key achievements. We will touch on theory and numerical algorithms.

Modeling data is the way we – scientists – believe that information should be explained and handled. Indeed, models play a central role in practically every task in signal and image processing. Sparse representation theory puts forward an emerging, highly effective, and universal such model. Its core idea is the description of the data as a linear combination of few building blocks – atoms – taken from a pre-defined dictionary of such fundamental elements.

A series of theoretical problems arise in deploying this seemingly simple model to data sources, leading to fascinating new results in linear algebra, approximation theory, optimization, and machine learning. In this course you will learn of these achievements, which serve as the foundations for a revolution that took place in signal and image processing in recent years.

Pricing:
Free
Level:
Advanced
Duration:
5 weeks, 5h-6h/week
Educator:
Michael Elad
Organization:
IsraelX
Submitted by:
Coursearena
Reviews
Would you recomment this course to a friend?
Discussion
There are no comments yet. Please sign in to start the discussion.
Other courses you might like

Sparse Representations in Image Processing: From Theory to Practice
0
0
Video