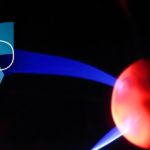 Learn the basics of plasma, one of the fundamental states of matter, and the different types of models used to describe it, including fluid and kinetic.
Video Beginner Advanced
UPVOTE 0
SAVE THIS COURSE
Course Website
www.edx.org
Share this page
Other courses you might like

Plasma, the fourth state of matter, is by far the most abundant form of known matter in the universe. Its behavior is very different from the other states of matter we are usually familiar with. To understand it, a rigorous formalism is required. This is essential not only to explain important astrophysical phenomena, but also to optimize many industrial and medical applications and for achieving fusion energy on Earth.

This physics course, taught by world-renowned experts of the field, gives you the opportunity to acquire a basic knowledge of plasma physics. A rigorous introduction to the plasma state will be followed by a description of the models, from single particle, to kinetic and fluid, which can be applied to study its dynamics. You will learn about the waves that can exist in a plasma and how to mathematically describe them, how a plasma can be controlled by magnetic fields, and how its complex and fascinating behavior is simulated using today’s most powerful supercomputers.

This course is the first of two courses introducing plasma physics and its applications. After completing this course, you will have the prerequisites to enjoy Plasma Physics: Applications, which deals with plasma applications in astrophysics, industry, medicine, nuclear fusion and laser-plasma interaction.

Pricing:
Free
Level:
Intermediate
Duration:
4 weeks, 5h-6h/week
Educator:
Ambrogio Fasoli
Organization:
École polytechnique fédérale de Lausanne
Submitted by:
Coursearena
Reviews
Would you recomment this course to a friend?
Discussion
There are no comments yet. Please sign in to start the discussion.
Other courses you might like