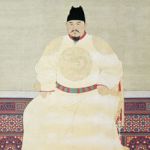 Global China: From the Mongols to the Ming

In the 13th century, by force of arms, the Mongols created the greatest empire in human history. Yet by the end of the Ming dynasty in the late 16th century, a new global economy emerged. New World silver brought together the Americas, Europe, and East Asia, and the intellectuals of East and West began to speak to each other directly. The founding of the Ming and the growth of the global silver trade spurred changes in social and political spheres, and the late Ming period brought new literature, philosophies, and religions, with shifting roles for women.

This course, part of a collection on the history and culture of China, will cover the Mongol’s large, multi-ethnic empire and the social, political, and cultural changes during the Ming dynasty. From early Mongol life at China’s northern border to the rise of Genghis Khan, we’ll take a deep dive into the territorial expansion of these traditionally nomadic people.

The establishment of a truly global China set the stage for even greater changes in the modern era. Enroll now to understand the context for these changes, and how the economic and political realities of today’s China originated in the region centuries ago.