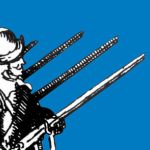 Archaeology and the Battle of Dunbar 1650: From the Scottish Battlefield to the New World

Discover how science, history and archaeology unlocked the stories of the soldiers from the Battle of Dunbar 1650.
Currently not available Video Beginner Advanced
UPVOTE 0
SAVE THIS COURSE
Course Website
www.futurelearn.com
Share this page
Other courses you might like

Archaeology: from Dig to Lab and Beyond
0
0
Video
Gallery
Description

In November 2013 archaeologists observing building work near Durham Cathedral in England made an unexpected discovery: skeletons in two mass graves. Over the next two years, researchers worked to establish the identity of the human remains. Today we know them to be Scottish prisoners who died after the Battle of Dunbar on the coast of Scotland in 1650.

On this course you will learn how the latest archaeological science techniques revealed how and why these men disappeared from history. You will join researchers seeking to solve a 350 year old mystery, and explore the resulting controversies.

This course is for anyone interested in history. It will be of particular interest to those in (or interested in) the North East of England, Scotland, and the United States; descendants of the Dunbar survivors; and those working in archaeology and heritage.

Pricing:
Free
Level:
Beginner
Duration:
2 hours/week
Educator:
Chris Gerrard
Organization:
Durham University
Submitted by:
Coursearena
Reviews
Would you recomment this course to a friend?
Discussion
There are no comments yet. Please sign in to start the discussion.
Other courses you might like

Archaeology: from Dig to Lab and Beyond
0
0
Video